Once part of British India’s Bengal province, Bangladesh, formerly called East Pakistan, was born from the tumultuous independence and subsequent partition of India in 1947. Following a ruinous nine months war of independence against Pakistan in 1971.About Bangladesh split away and became its own independent nation on December 16th 1971. 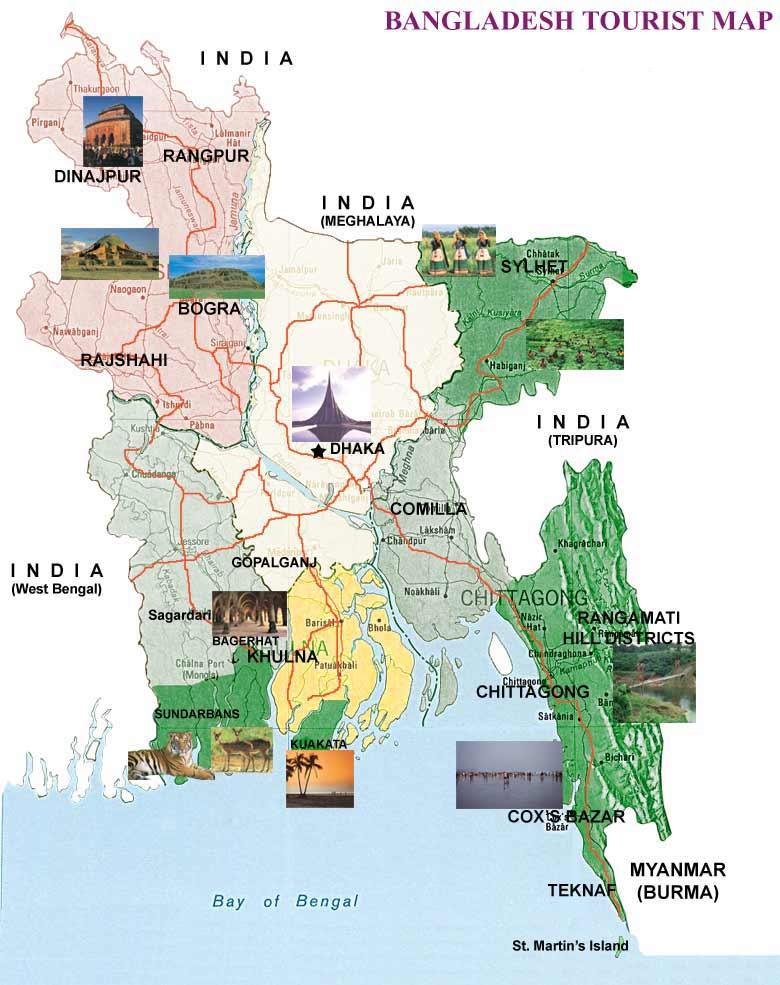 Bangladesh is home to Muslims and Hindus who speak Bengali, the same dialect spoken across the border in eastern India and Calcutta. The country also hosts a small population of Buddhist, Christian and Animist tribal peoples. In total 36 different ethnic communities are scattered throughout the country. The ancient history of this over five thousand year old civilization will amaze the visitor. According to Hindu Holy book Veda, Hinduism and Buddhism started here between 3rd Century BC and 12thcentury AD. From the 11th c. Turks, Afghans, Persians, Sultans, Mughals and Arabs came here, bringing Islam. From the 15th c. Europeans arrived with their beliefs and values. Traces of the customs and cultural influences of those peoples remain, influencing the culture which is today’s Bangladesh.

Today’s Bangladesh, tucked between India and Myanmar, is one of Asia’s undiscovered jewels It boasts incredible physical beauty with its emerald rice paddy fields and lush rainforest. It possesses the largest Mangrove Forest in the world and the longest natural beaches. Additionally, Bangladesh is one of Asia’s least visited countries, and is thus an excellent choice for travellers seeking to explore off the well-worn paths. Once you visit this country you will feel the warmth of Bengali people and you will not be sorry for coming here.

State Religion: Islam, but other main religions are practiced in peace and harmony (Hinduism, Buddhism and Christianity).

National Flag: Consists of a circle coloured red throughout its area, resting on a green rectangular background. The length to width ratio of the rectangle is 10:6 and the circle has a radius of one fifth of the length.

National Emblem: The national flower “Shapla”(nymphea-nouchali) resting on water, having on each side an ear of paddy and being surmounted by three connected leaves of jute with two stars on each side of the leaf.