Remnants of civilization in the greater Bengal region date back 4,000 years, when the region was settled by Dravidian, Tibeto-Burman and Austro-Asiatic peoples. The origin of the word Bengala ~ Bengal is unknown, though it is believed to be derived from the Dravidian-speaking tribe Bang that settled in the area around the year 1000 BCE. 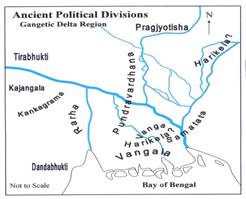 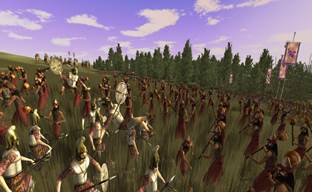 After the arrival of Indo-Aryans, the kingdoms of Anga, Vanga and Magadha were formed in and around Bengal and were first described in the Atharvaveda around 1000 BCE. From the 6th c. BCE, Magadha expanded to include most of the Bihar and Bengal regions. It was one of the four main kingdoms of India at the time of Buddha.   One of the earliest foreign references to Bengal is the mention by the Greeks around 100 BCE of a land ruled by the king Xandrammes named Gangaridai (Land of Ganges, an area in Bengal).  From the 3rd to the 6th centuries CE, the kingdom of Magadha served as the seat of the Gupta Empire. 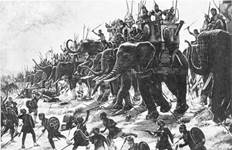 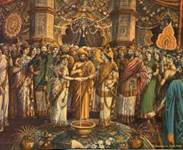 One of the first recorded independent king of Bengal was Shashanka, reigning around the early 7th century.

The Pala Empire circa 800

After a period of anarchy, Gopala came to power in 750. He founded the Bengali Buddhist Pala Empire which ruled the region for four hundred years, and expanded across much of Southern Asia, from Assam in the northeast, to Kabul in the west, to Andhra Pradesh in the south. Atisha was a renowned Bengali Buddhist teacher who was instrumental in revival of Buddhism in Tibet and also held the position of Abbot at the Vikramshila university. Tilopa was also from Bengal region.

The Pala dynasty was later followed by a shorter reign of the Hindu Sena Empire. 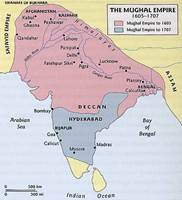 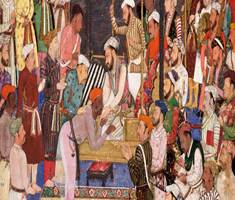 Islam was introduced to Bengal in the twelfth century by Sufi missionaries. Subsequent Muslim conquests helped spread Islam throughout the region.  Bakhtiar Khilji, a Turkic general of the Slave dynasty of Delhi Sultanate, defeated Lakshman Sen of the Sena dynasty and conquered large parts of Bengal. Consequently, the region was ruled by dynasties of sultans and feudal lords under the Bengal Sultanate for the next few hundred years. Islam was introduced to the Sylhet region by the Muslim saint Shah Jalal in the early 14th century. Mughal general Man Singh conquered parts of Bengal including Dhaka during the time of Emperor Akbar. Few Rajput tribes from his army permanently settled around Dhaka and surrounding lands. Later on, in the early 17th century, Islam Khan conquered all of Bengal.

Administration by governors appointed by the court of the Mughal Empire gave way to semi-independence of the area under the Nawabs of Murshidabad, who nominally respected the sovereignty of the Mughals in Delhi. After the weakening of the Mughal Empire with the death of Emperor Aurangzeb in 1707, Bengal was ruled independently by the Nawabs until 1757, when the region was annexed by the East India Company after the Battle of Plassey. 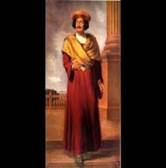 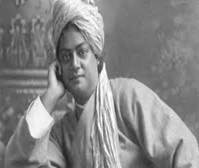 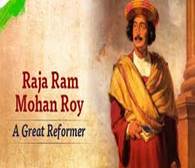 Bengali Renaissance refers to a socio-religious reform movement during the nineteenth and early twentieth centuries in the city of Kolkata by caste Hindus under the patronage of the British Raj and it created a reformed religion, which is called Brahmo dharma. The Bengali renaissance can be said to have started with reformer and humanitarian Raja Ram Mohan Roy (1775–1833), considered the ‘Father of the Bengali Renaissance’, and ended with Asia’s first Nobel laureate Rabindranath Tagore (1861–1941), although there have been many stalwarts thereafter embodying particular aspects of the unique intellectual and creative output.

Nineteenth century Bengal was a unique blend of religious and social reformers, scholars, literary giants, journalists, patriotic orators and scientists; people who marked the transition from the medieval to the modern. Other figures have been considered to be part of this renaissance.

Swami Vivekananda (1863-1902) is considered as a key figure in the introduction of Vedanta and Yoga in Europe and America. He is credited with raising interfaith awareness, bringing Hinduism to the status of a world religion during the late 1800s.

Jagadish Chandra Bose (1858-1937) was a Bengali polymath: a physicist, biologist, botanist, archaeologist, and writer of science fiction who pioneered the investigation of radio and microwave optics, made significant contributions to plant science, and laid the foundations of experimental science in the Indian subcontinent.  He is considered one of the fathers of radio science,  and is also considered the father of Bengali science fiction.

Satyendra Nath Bose (1894-1974) was a Bengali physicist, specializing in mathematical physics. He is best known for his work on quantum mechanics in the early 1920s, providing the foundation for Bose–Einstein statistics and the theory of the Bose–Einstein condensate.  The Bosons, a class of elementary particles, are named after him. 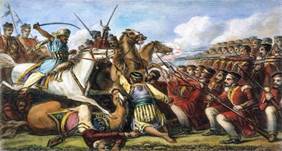 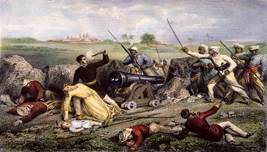 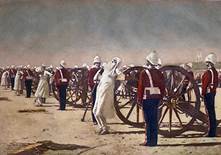 Some of these leaders, such as Netaji, who was born, brought up and educated at Cuttack in Odisha did not subscribe to the view that non-violent civil disobedience was the best way to achieve Indian Independence, and were instrumental in armed resistance against the British force. Netaji was the co-founder and leader of the Indian National Army (distinct from the army of British India) that challenged British forces in several parts of India. He was also the head of state of a parallel regime, the Arzi Hukumat-e-Azad Hind.

Bengal also fostered several prominent revolutionary organizations, the most notable of which was Anushilan Samiti. A number of Bengalis died during the independence movement and many were imprisoned in the Cellular Jail, the notorious prison in Andaman. 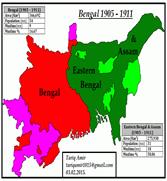 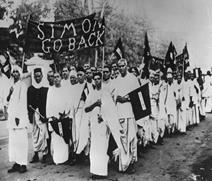 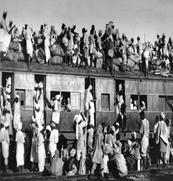 The first partition in 1905 divided the Bengal region in British India into two provinces for administrative and development purposes. However, the partition stoked Hindu nationalism. This in turn led to the formation of the All India Muslim League in Dhaka in 1906 to represent the growing aspirations of the Muslim population. The partition was annulled in 1912 after protests by the Indian National Congress and Hindu Mahasabha. 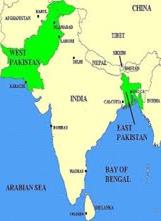 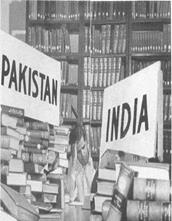 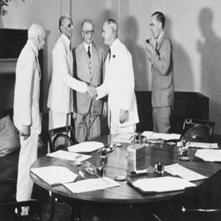 The breakdown of Hindu-Muslim unity in India drove the Muslim League to adopt the Lahore Resolution in 1943, calling the creation of ‘independent states’ in eastern and northwestern British India. The resolution paved the way for the Partition of British India based on the Radcliffe Line in 1947, despite attempts to form a United Bengal state that was opposed by many people. The legacy of partition has left lasting differences between the two sides of Bengal, most notably in linguistic accent and cuisine. 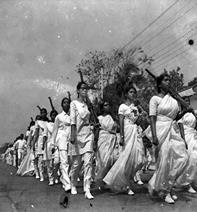 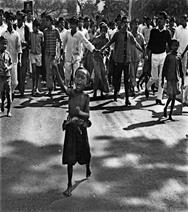 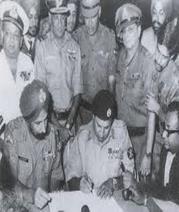 The rise of self-determination and Bengali nationalism movements in East Bengal which was then the East Pakistan led by Sheikh Mujibur Rahman, culminated in the 1971 Bangladesh Liberation War against the Pakistani military junta. An estimated 3 million people died in the conflict, particularly as a result of the 1971 Bangladesh genocide. The war caused millions of East Pakistani refugees to take shelter in India’s Bengali state of West Bengal, with Calcutta, the capital of West Bengal province becoming the capital-in-exile of the Provisional Government of Bangladesh.

The Mukti Bahini guerrilla forces waged a nine-month war against the Pakistani military. The conflict ended after the Indian Armed Forces intervened on the side of Bangladeshi forces in the final two weeks of the war, which ended with the Surrender of Pakistan and the liberation of Dhaka on 16 December 1971.