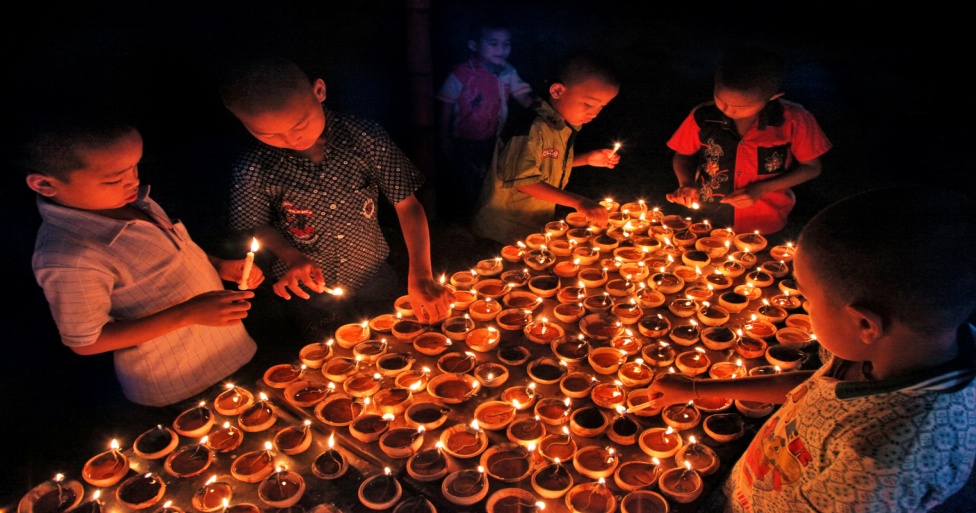 Buddha Purnima or Boishakhi Purnima is the biggest religious festival in the Buddhist community; celebrated following the Buddhist calendar and falls on the day of full moon in Bengali month Baishakh (April-May) which is on the 5th or 6th lunar month. It marks three important events in the life of Gautam Buddha – his birth on the full moon day in 563 BC, achievement of enlightment (nirvana) and death (parinirvana) on the same day.

The day is observed as a public holiday. Buddhist Bihars (monasteries) organizes day long cultural events and fairs, which includes hoising of the national and religious flags atop all monasteries at dawn, chanting of sacred verses from the Tripitaka, prayer meets, sermons on the life of Gautam Buddha, recitation form Buddhist scriptures, religious discourse, group meditation, processions and worship of the statue Buddha. Fairs are also held in different villages in Bangladesh. Buddhists celebrate the day with family and friends exchanging greetings and solidarity; the disciples bring offerings of candles, flowers and incents to the statue of lord Buddha throughout the day. The Buddhist Purnima is celebrated in an elaborate manner in Cox’s Bazar and Chittagong Hill Tracts, since many among the indigenous tribe follow Buddhism; the largest one called ‘Bodhidroom Mela’ which takes place in ‘Boiddopara’ village in Chittagong. Visiting the monasteries, experiencing the rituals and discovering symbols can be a great way to celebrate Buddha Purnima in Bangladesh.