At first impression Dhaka Tour Places Dhaka is a typically modern Third World capital with wide boulevards and cement-block towers, everything laid out in orderly fashion but in rapid states of decline. But on further investigation you discover that Dhaka is an old and venerable city in the true South Asian manner.
Dhaka’s under history is a reflection of the changing fortunes of the sub-continent as a whole. It was established by Buddhists in the 4th century, later dominated by Hindus and then fell into the hands of Muslim Mughal rules in the 13th century.
This was the start of the golden age of Dhaka, when it became a great Mughal trading port and finally the capital of Bangle in 1608.
The Mughals built Dhaka into a magnificent city, with a sultan’s palace, dozens of ornate mosques, covered markets, gardens and a huge citadel to protect it from pirates and foreign power.
The old City is a veritable labyrinth of narrow streets and alleys, difficult to find your way around without a guide. Running along the waterfront is the Bund, a bustling street that overflows with rickshaws and vendor, sweaty workmen in white loincloths humping goods up from the ghats, and eager commuters rushing down to the ferry piers.
There is something interesting around every corner. Ahsan Manzil, the palace of the last Nawab of Dhaka, stands just behind the waterfront. It is now fully restored.
The last of the great caravanserai is Chotta Katra. Istara Mosque with its unusual stellar motifs is the most interesting of the Muslim places of worship in the Old Town, while the old Armenian Church is one of the few remnants of the large community of Armenian and Greek traders who settled Dhaka in the late 18th century.
They weren’t the only ones attracted by the dazzle of Mughal Dhaka.
Portuguese, Dutch, British and French all came here to trade during the 17th century, establishing their own enclaves along the waterfront. They tussled with one another for the favor of the Mughals, but it was the British who finally triumphed (as they did in most of India) and look Dhaka as their own in 1765.
Under the British an entirely new colonial city was built to the north of what became the Old Town. Great government buildings and posh bungalows arose along the shaded avenues. And Dhaka continued to prosper on trade, this time as a conduit of raw commodities from jute, sugar, tea and indigo plantation established by British planters in the interior of what was then Bengal province.

Some of the outstanding attractions of the city are: –

It is situated on the bank of the river Buriganga. For a visitor, there awaits an amazing scene with different types of boats, – uncovered and covered boats, cargo boats, speedboats, tugs, and motor launches- going in every direction. Regular services by motor launches including passenger and cargo to Southern towns leave every day in the afternoon. Paddle Steamer service introduced during the colonial period is still in service to most of the towns in its route up to Khulna is also operated from this river port. Paddle system steamer service for passenger service is obsolescing nowadays in other countries. A trip by Paddle Steamer will enable a guest to enjoy the riverine beauty including the countryside of Bangladesh.

How to Go : Dhaka to Sadarghat by Car / Ricksha
Best Time to Visit : Afternoon
duration of the visit : 01 – 02 hours

travel advise : boats are very small , so sit in the middle and donot put your hands in the conders because during bording and dismerbak time , it can clash with other boats . it is advisable for those who are physically fit because you have to bend your legs .

Khwaja Alimullah bought some properties including this building from the French traders in 1835, which was originally owned by Zaminder Sheikh Enayetullah. It was renovated in 1872 by Nawab Abdul Ghani and named Ahsan Manzil after his son Nawab Ahsanullah. It is a magnificent pink-colored building with an imposing staircase leading to the upper floor, and a lofty dome tops it. In each of the 23 grand rooms, there is a photograph of the room dating back from around 1902, and these photos allowed the accurate restoration of the furnishings and draperies. The ancestors of the Khwaja Alimullah came from Kashmir in search of fortune. The Nawabs played a significant role during their regime around 100 years, uplifting the lifestyle of the people as they were the pioneer to provide the following services; – Electricity, Healthcare system, Sanitation, School and colleges, Parks, River-reforms, Banking, etc. It has been turned into a museum, which will give a good insight into the life of the ruling classes of Bengal during the British Raj, with the historical background to the building and period, and displays of items found on the site. It can be visited Saturday-Wednesday from 1030am to 5:30 pm and Friday from 4-7pm.

Zaminder Mirza Ghulam Pir built this mosque in the early 18th century. Later a local businessman, Ali Jan Bepary renovated this mosque, a glittering star pattern mosaic with Japanese and English china clay tiles during 1926. This is the most beautifully decorated mosque in Bangladesh. It is distinctive for its low-slung style and the absence of minaret. Originally it was built with four corner towers in Mughal style. During the renovation and redecoration the building was substantially altered. A close look will reveal that the tiles illustrated with pictures of Mt. Fuji. 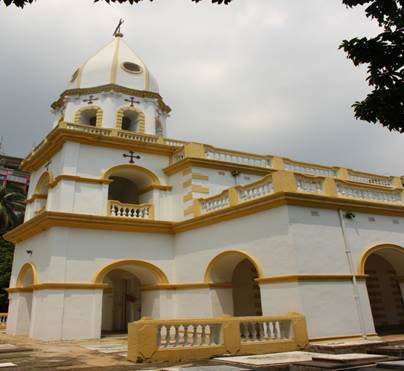 Armenians started coming to Dhaka in the 17th century and they were concentrated in the old part of the city, which was later named Armanitola after the colony of Armenian families. This church was built in 1781 on the ruins of an earlier chapel. It has a balcony and wooden pews seat for 100 people. In 1837 a steeple serving as a clock tower was added, which collapsed during the earthquake of 1897. The church is in a reasonably good shape. It is open every day, except when the caretaker leaves the premises.

It is the oldest Hindu temple in Dhaka and was established in the 11th century. By some accounts it is said that Dhaka city originates its name from the Dhakeswari temple. The temple is visited every day by number of devotees to make offering to the goddess. It can be visited any day.

Prince Mohammed Azam, 3rd son of Mughal Emperor Aurangzeb, started building the Fort Aurangabad in 1678. As he left Dhaka, handed it over to Nawab Shaista Khan, the next governor, for completion. He continued the work, but due to the premature death of his beloved daughter Bibi Pari, all building activities were suspended, considering it as inauspicious to continue to work. Outstanding among the monuments of the Lalbagh fort is a small three-domed elegant mosque, the mausoleum of Bibi Pari; and the Audience Hall and Hammam complex are now housing a museum. When the fort was built, the river Buriganga used to flow very close to the Lalbagh fort to the South. It can be visited from Sunday-Wednesday from 10 am to 5 pm, Friday from 2:30 5:30 pm, during the winter (closed on Thursday & holidays). From April to October, opening and closing times are half an hour later. Lalbagh fort

In the early 17th century, ancestors of the present dwellers started coming to this locality. They were mostly the follower of Bishnu or Krishna. These people were very famous for making “SHAKA” (Bangles from Conch Shell) and the artisans were known as SHAKHARI. The technique used by them was very traditional and unique and now replaced by modern technique. To the Hindus, conch shells are a symbol of good fortune and purity. As per the Hindu religion, a married woman is to wear conch shell bangles on both wrists and to break them when the husband dies. Nowadays, Muslim and Christian women wear these bangles as well. The craft faces an uncertain future. Shells used to come from India and Srilanka is not always available and more and more Hindu women are unable to afford these bangles, opting to buy the much cheaper plastic look like.

Previously known as Victoria Park, was built to commemorate the martyrs of the first Liberation war (1857 – 59) against British rule. It was here that the revolting sepoys and their civil compatriots were publicly hanged.

Symbol of Bangladeshi nationalism, this was built to commemorate the martyrs of historic Language Movement of 1952.

Baldha Garden has rare collection of botanical plants and flowers. 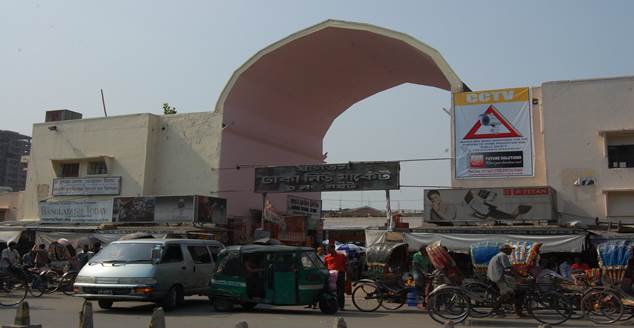 The New market was established during 1950’s as the oldest complete shopping complex housing, – Jewellery, Bookshop, Ready-made garments, household items, and fresh fish, meat and vegetables including fruits. The fresh fish, meat and vegetable section is very popular to the affluent society as one of the best source. Customer visiting the new market has declined on the advent of modern markets and shopping complexes in the city. 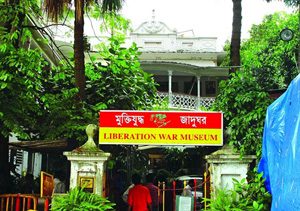 Liberation war museum is in Segun Bagicha.The museum contains of rare photographs and various items that was used during impendence war by the freedom fighters in 1971.

Dhaka University started in 1921 with three faculty, twelve department, sixty teachers, and eight hundred and seventy seven students. Initially there were three residential hall of the university. It grows over the years against lot of hindrances and gained a very prestigious position in the Indian sub-continent within few years. History of Bangladesh is very closely related to the history of the Dhaka University. Since, 1952-1990, all the mass movements originated and lead by the Students. Dhaka University has now 7 Faculty, 46 departments with total number of 30,000 students and 1200 teachers. And there are 18- residential halls.

National Parliament House is situated at Sher-e-Bangla Nagar. During the Pakistan regime, considering Dhaka as the second capital, it was approved in 1963 to establish a parliament house. Accordingly, it was designed by world famous American architect Mr. Louis I. Khan and the construction started in 1965 but could not be completed due to liberation movement and ensuing war of liberation. Later the remaining construction was completed during the Bangladesh regime. This distinctive architecture is one of the little-renowned architecture in the world.

How to Go: Dhaka to Tangail is by Car / Bus
Duration of the visit: 01 day
Travel advice: this is one of the very special places in Bangladesh. As this is a highly secured area camera, cellular phones are not allowed inside the Parliament building.

Dhaka museum established in 1913 was renamed as the National museum and shifted to its new building at Shahbag in 1983. It has forty galleries under four departments, namely, (1) Natural history (2) History & classical Art (3) Ethnography and decorative art and (4) Contemporary art and world civilization. The museum contains a large number of interesting collections of Bangladesh’s Hindu, Buddhist and Mughal past. Remarkable among the exhibits are; a mat made from Ivory, beautiful and fine embroideries (Nakshikantha), piece of muslin clothes, huge number of black stone images, coins of 2nd & 3rd century B.C and ” liberation gallery “. It is open Saturday-Wednesday from 10am to 4:30pm, Friday from 3-7pm and is closed on Thursday. 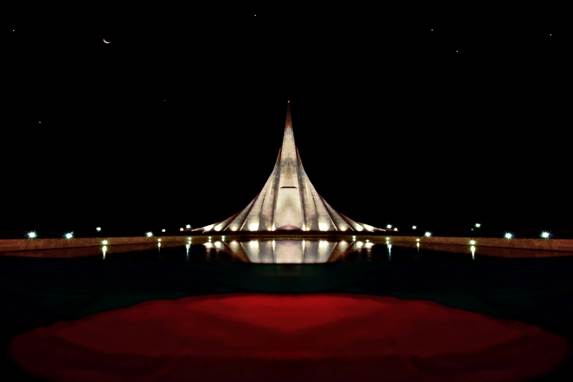 Located at Savar in the suburb of Dhaka city is the National Memorial. It was built to commemorate the martyrs of the war of independence against Pakistan. Plans for this monument was initiated in 1976.A nationwide design competition was held in June 1978, and out 57 submissions. Syed Mainul Hossain’s design was chosen. It was completed in 1982 and it was inaugurated at 16December 1982.

It was built over an area of 205 acres of land at Mirpur, ju8st east of the Mirpur Zoo. Objects of garden: Botanical education, research, preservation of plants and some recreation.

Situated in the Shipakala Academy premises this has a representative collection folk art and paintings by artists of Bangladesh.

About 29 km. from Dhaka is one of the oldest capitals of Bengal. It was the seat of Deva dynasty until the 13th century. From this period onwards till the time of the advent of the Mughal. Sonargoan was a subsidiary capital of the Sultanate of Bengal. Later around 1608 capital was transferred to Dhaka.