With a Local: Dhaka, Bangladesh 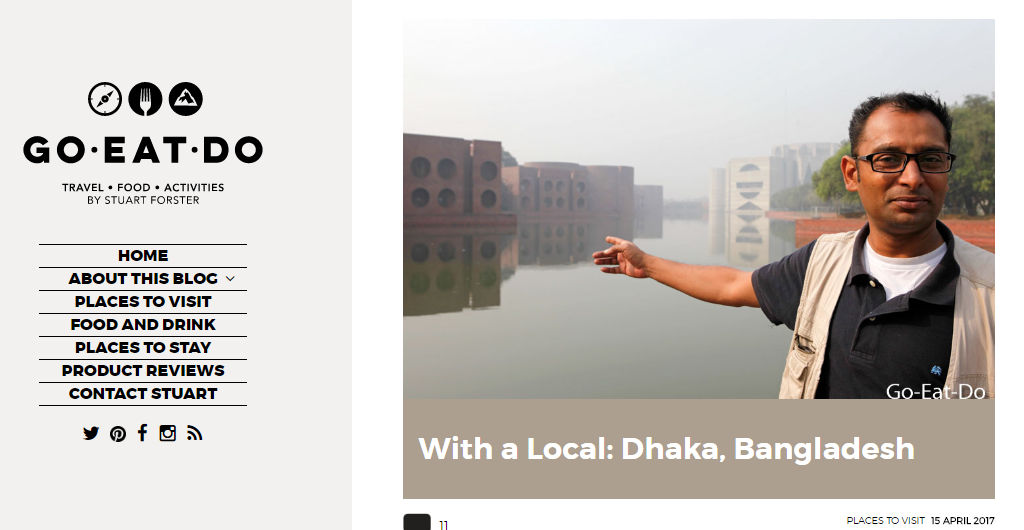 Zia Ahmed is an independent tour guide based in Dhaka, the capital of Bangladesh.

Born and bred in Dhaka, Zia started his professional tour guiding career in South Africa, working in Kruger National Park from 1993 to 1996. Guiding became his passion. He then worked in Vienna, Austria, for seven years, leading mainly Indian tourist groups.

After 17 years away from Bangladesh Zia returned home to Dhaka. For the past couple of years he’s been working for his own company, Tours and Trips Bangladesh.

Zia agreed to provide his insider’s perspective for readers of Go Eat Do.

Why do you think people should visit Dhaka?

The people are as friendly as any you’ll find in the world. People are warm-hearted and ever-smiling.

Bangladesh is not yet a touristic destination. People who are adventurous — I call them travelers rather than tourists, people who have been around the world — are welcome to find out what we have here.

What’s your favourite place around the city?

The waterfront, the Sadarghat, is one of the best places you can visit. You can see lively things going on there [such as ferries docking and departing, and rowing boats crossing the Buriganga River].

The wholesale fruit market and vegetable market there has a lot of people. You get interactions with the locals and also very good opportunities for photographs.

We also have a masterpiece by the architect Louis I. Kahn, the Jatiya Sangsad Bhaban or National Parliament House, which is worth visiting. We can go inside to see the architecture of the building.

What’s your favourite legend or quirky piece of history associated with Dhaka?

Today Dhaka is a mega-city of about 16 million people but it was born in the 7th century.

The name Dhaka comes from one of our ancient kings, a Hindu from the 12th century. His name was Ballalsen, from the Sen Dynasty.

One night, when he was sleeping, he had a dream. In his vision he saw a goddess come towards him and ask him to go to a particular place in the forest and search for a statue of that goddess. Once he finds the statue, he should build her a temple.

Since it was a forest, the statue was covered with a lot of leaves and branches and other things. ‘Covered’ in Bengali is ‘dhaka’, that’s where we get the name. The name is coming from that statue and the Dhakeshvari Temple.

If you were going to take a guest to lunch or dinner, where would you choose and why?

A good, traditional restaurant is called Nirob (13/2 Nazimuddin Road, Dhaka 1211). It means ‘silence’ in Bengali. You will be lost in silence while you are having the food because it is so delicious!

They started about 30 years ago, with only four tables, accommodating only 12 people at a time. People were queuing up to eat there. Usually mash is made by women, at home. The people who go to work, they could not order a mash. Nirob was the first place to come up with this kind of idea in Dhaka.

Nowadays it’s quite big, so a lot of people can get to enjoy the food at one time.

If there is a bar or cafe that you could take guests to, which would it be and why?

There are a lot of new coffee shops. Gloria Jean’s is a popular chain, so is Barista.

There are bars too, where you can go for cocktails or Guinness, in the diplomatic quarter.

If guests can stay in the region for an extra day, what do you recommend they do and see?

A couple of hours drive away we have a rural village where you can see weaving, carpenters making furniture, and organic farming. It’s all in one place, a village called Tangai. It’s a charming place and a good introduction to the country.

Zia can be contacted via Tours and Trips Bangladesh (tel: +88 01819 895 910). The company offers home stay programmes, providing travellers with opportunities to stay in rural Bangladeshi villages, taste Bengali cuisine and visit the tribal districts of Rangamati and the Banderban Hills.

The Visit Bangladesh website is a good source of information about tourist attractions throughout the country. The Rocket paddle steamer, which has been running for around a century, and floating market at Barisal are two of the country’s attractions.

All of the photos illustrating this feature are by Stuart Forster of Why Eye Photography, which is available for photography commissions in the north-east of England and international assignments. 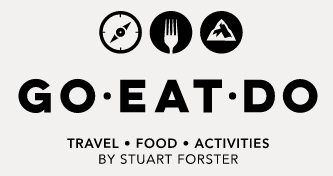 Tags: If there is a bar or cafe that you could take guests to ? photography What’s your favorite legend associated with Dhaka? What’s your favourite place around the city? which would it be and why? Why do you think people should visit Dhaka?