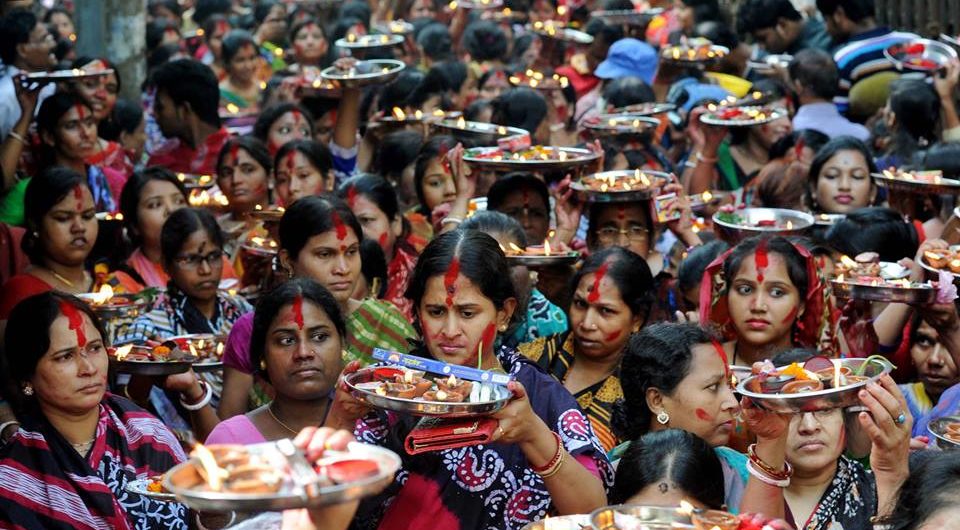 Kali Puja also known as Shyama Puja or Mahanisha Puja, is a festival dedicated to the Hindu goddess Kali, celebrated on the new moon day of the Hindu month Kartik (October-November). According to the Hindu myth, Kali is the first of 10 female energies of Shiva (the 3rd God of the Hindu triad). The festival was unknown before the 18th Century and gained popularity later in the 19th Century. Kali Puja is held when asking for a special boon. In the rural areas of Bangladesh people arrange Kali Puja jointly during an epidemic. Male goats, sheep or buffaloes are sacrificed on this occasion. There are a number of kali temples in Dhaka and other parts of Bangladesh.