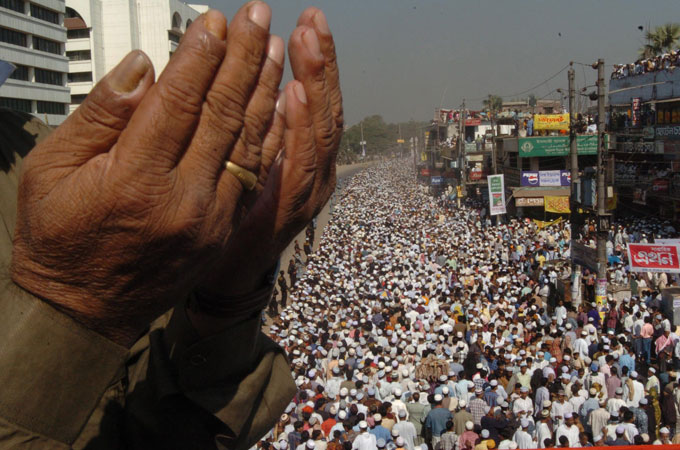 Bishwa Ijtema is one of the biggest congregational gatherings and has become an international event, held at Tongi by the river Turag. It is typically held every year in February but the dates change, which is a 3 days long event. It is estimated that the number of attendees in 2007 was over 3 million;